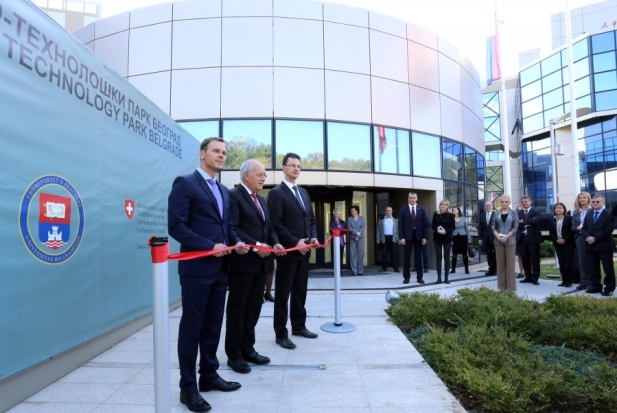 The Government of the Swiss Confederation is supporting the establishment and development of the Science and Technology Park in Belgrade in the framework of implementation of the three-year project “Science and Technology Park Belgrade – the new export instrument of Serbia”, which allows the modern business infrastructure in Zvezdara to be put to use in order to create a strong technological core of the City.

The aim is to create the STP Belgrade as a place that connects scientific research institutions with the businesses and create the conditions to make use of the most important development resource of Serbia – the potential of young people, highly educated people.

Senior officials visited the start up companies that are already operating in the park, created under the Business Technology Incubator of Technical Faculties Belgrade. Thanks to this program and the previous support of the Swiss Government, in the Park already operates nine small companies that engage in work 50 highly educated young people, and 2 new start ups are in the process of registration, with significant interest from the Diaspora to bring their knowledge and start a business here.