Welcome to the place
where tech meets business

Whether you have only an idea and intend to develop your startup “from scratch” or you are a company aiming to accelerate and expand its operations in a community of innovators, Science Technology Park Belgrade will support your development through a wide range of services, including business support, mentoring, workshops and trainings, access to young talents and investment funds, office space and use of innovation labs.
As the first functional science technology park in Serbia, since its formation in 2015, STP Belgrade has supported more than 100 companies, which, together with the alumni members of the Business Technology Incubator of Technical Faculties Belgrade (BITF), make up a network of more than 150 supported companies.

Business Technology Incubator of Technical Faculties Belgrade (BITF), the first technology incubator in Serbia, launched by technical faculties of the University of Belgrade (Electrical Engineering, Mechanical Engineering, Civil Engineering and Technology and Metallurgy) in partnership with the Municipality of Palilula and DTI, to promote entrepreneurship among young, educated people that specialize in technology.

BITF was the first to point and prove that Serbia has extraordinary potential in regards to young educated people who want to deal with high-tech entrepreneurship.

Swiss Government supports innovation development and creation of export-oriented startups through the project “Export Promotion for Innovative Products”, with BITF as the implementing body.

In its first years of BITF, from 2008 to 2014, and during the Project, incubator’s training programs were attended by more than 600 young potential entrepreneurs, around 250 engineers were hired, out of which 30 returned from abroad to start their companies in Serbia. Also, 45 successful technology companies were established
and supported, more than 30 technologies, products and services were developed.

– Science Technology Park Belgrade formed, as the first functional science technology park in Serbia. Its founders are the Government of the Republic of Serbia (on behalf of the Government, the Ministry of Education, Science, and Technological Development), the City of Belgrade, and the University of Belgrade.

– Swiss Government supports the establishment and development of STP Belgrade through the project “Science Technology Park Belgrade – a New Export Instrument of Serbia”. The project anticipates that the model used to successfully develop BITF and experiences gained during its implementation are the basis for the establishment of the system within the STP Belgrade. BITF became part of STP Belgrade, in charge of the Incubation Program for early-stage startups.

– For the first time, the City of Belgrade launched a Program to support unemployed persons with entrepreneurial potential in establishing their own companies,
in the field of new technologies and innovations, with support of STP Belgrade.

– STP Belgrade becomes a member of the International Association of Science Parks and Areas of Innovation (IASP) and continues to expand its network of partners in developing support instruments for innovation development.

– ParkUP! the first student startup camp, held. Every year, more then 100 students are trained on the basics of tech entrepreneurship through this program.

– EU project Interreg ADRION OIS-AIR (Establishment of the Open Innovation System of the Adriatic-Ionian Region) launched, with STP Belgrade as one of the partners, with the aim to encourage and strengthen the development of innovations in this region.

-With the support of the Swiss Government, the first 3D innovation laboratory was opened in STP Belgrade.

– Pursuant to an initiative of the Government of the Republic of Serbia, building on the sound performance at the previous stage, the Swiss Government continues supporting innovation development and expansion of the science technology park network in Serbia through the project “Technopark Serbia 2 – Boosting Exports through Techno Parks”, implemented by STP Belgrade.

– In cooperation with the Government of the Republic of Serbia, the capacities of the Innovation lab in STP Belgrade, initially established with the support of the Swiss Government, were expanded. Thanks to the new equipment, two completely new laboratories have been formed, so today the member companies of STP Belgrade have at their disposal 3 innovation laboratories for the production and finishing of innovative products in different stages of development (CNC Lab, Laser Lab, Innovation Lab).

– Science Technology Park Belgrade marks its fifth anniversary. In the five years, STP Belgrade has supported more than 100 companies in developing and commercializing innovative products and services. Seven support programs have been developed, more than 500 young potential entrepreneurs have been trained for tech entrepreneurship, while over 3,500 students have been introduced to the startup development. Today, the member companies of STP Belgrade employ more than 850 highly educated people and export to over 40 countries in the world.

– With the support of the Swiss Government, the pre-seed program Raising Starts, designed for startup teams and companies at the earliest stages of development, is launched.

SUPPORT TO YOUR BUSINESS 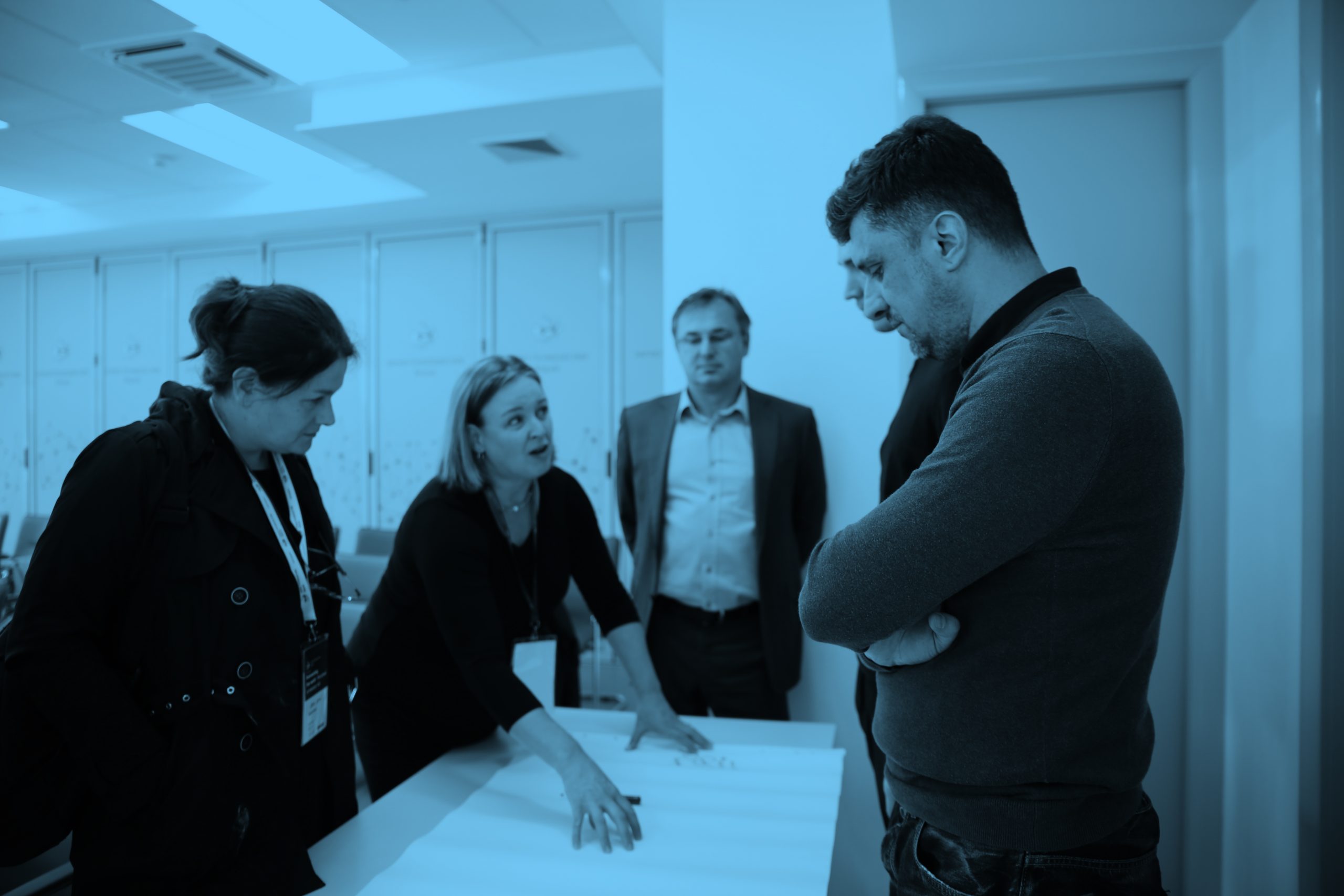 The programs and services of Science Technology Park Belgrade are designed to support teams and companies in accelerating the development of innovative products and services, approaching new markets, and attracting investment.

STP’s programs and services are tailored to the specific needs of companies at different stages of development and created in cooperation with the global partner network. With its inspiring operating environment, made up of startup founders and R&D departments of local and foreign companies, STP Belgrade is uniquely positioned as a technology hub for the development of innovation and successful businesses.

You can also become part of our community through virtual membership. Virtual members have access to all services, except the use of their own offices.

If you are looking for a working space in a community of innovators, with access to a fully-featured conference centre, meeting rooms and state-of-the-art innovation labs, STP Belgrade provides just the right environment to boost your growth. In a space measuring more than 16,000 square meters, member companies have access to: 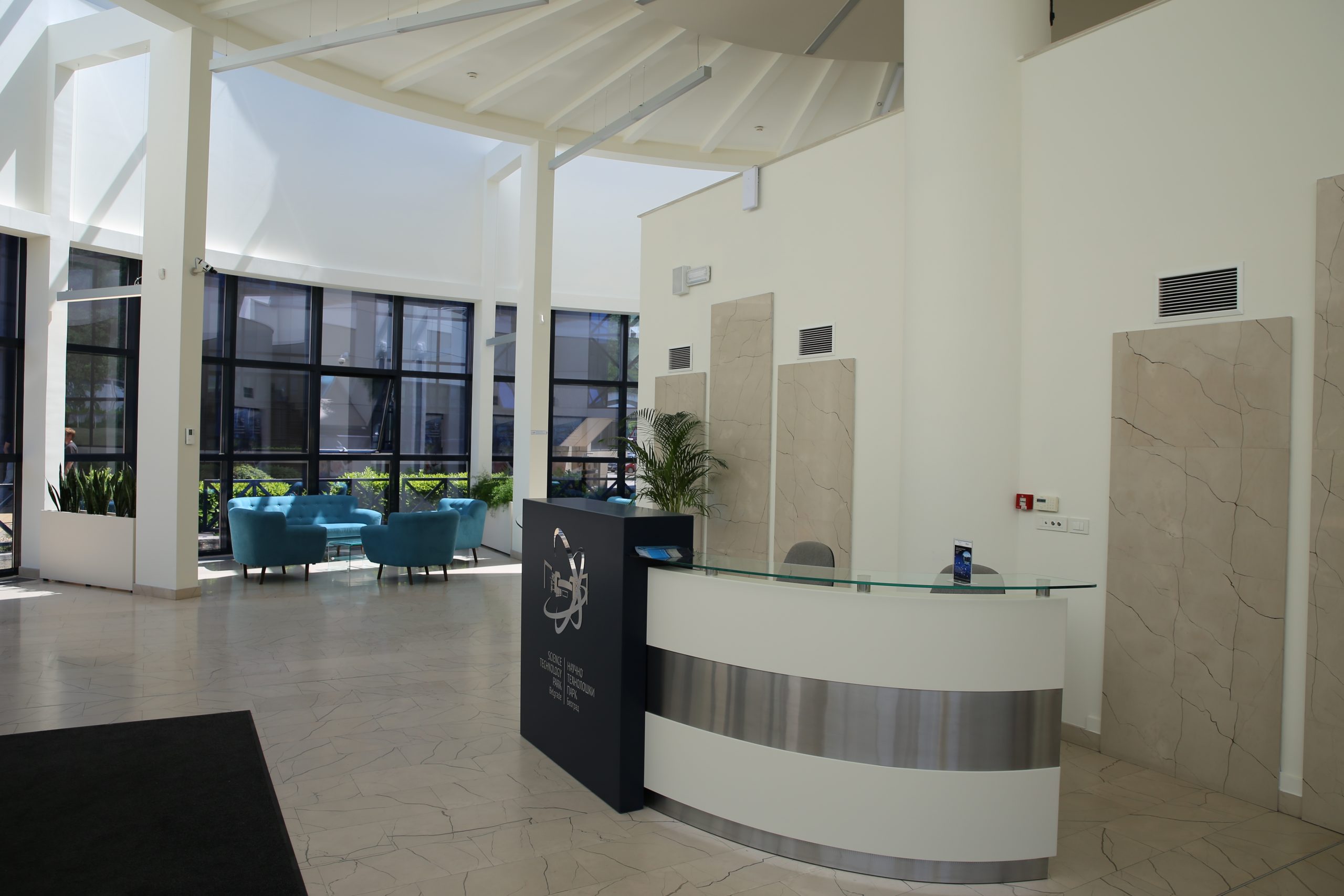 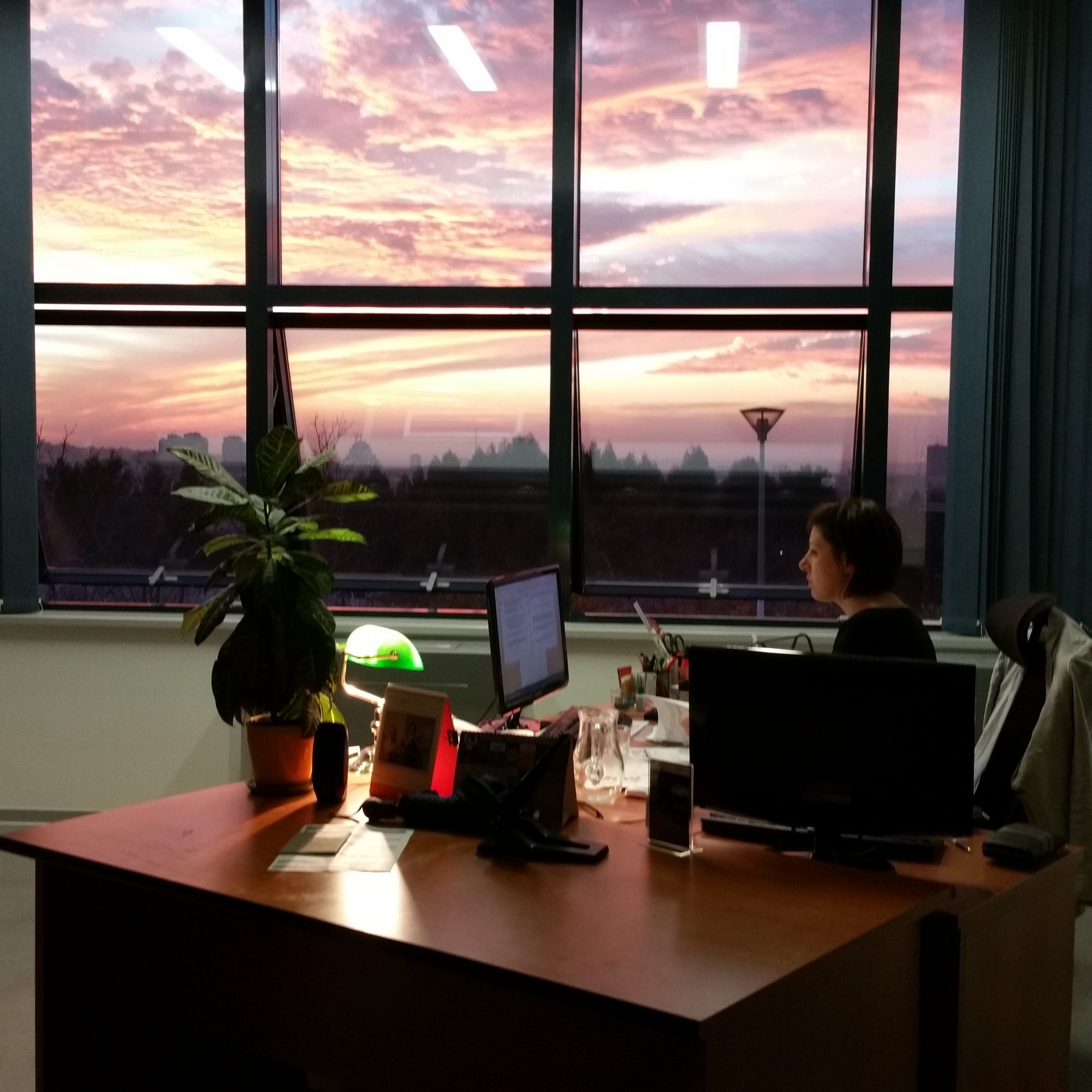 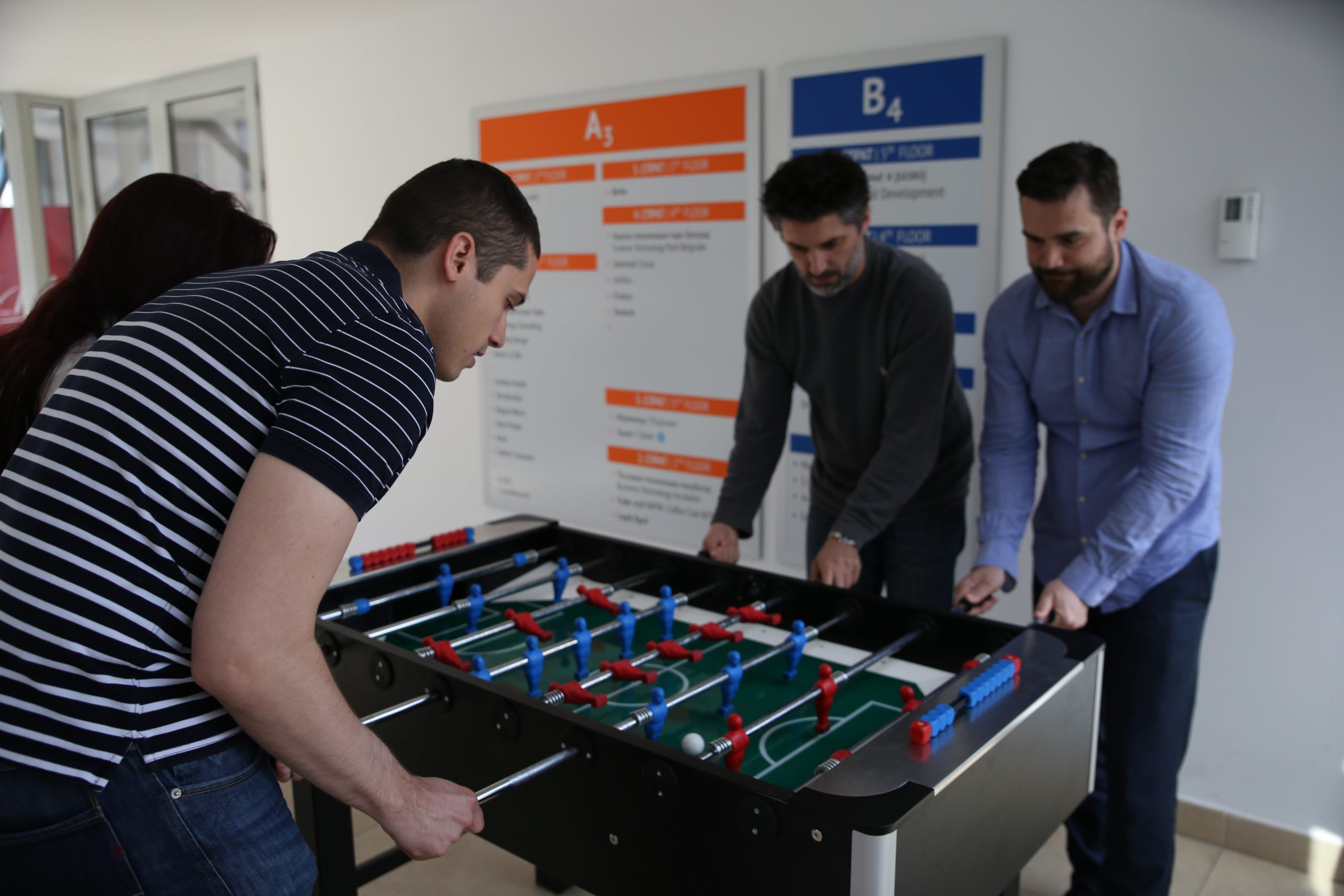 With a floor surface area of approx. 500m2, STP Belgrade’s conference centre can accommodate up to 200 persons. Its modularity makes it ideal for various types of events.
Located in the cosy environment of the Zvezdara forest, it is a unique and recognisable venue for hosting events that promotes and encourages development and improvement of the innovation ecosystem and technology entrepreneurship. 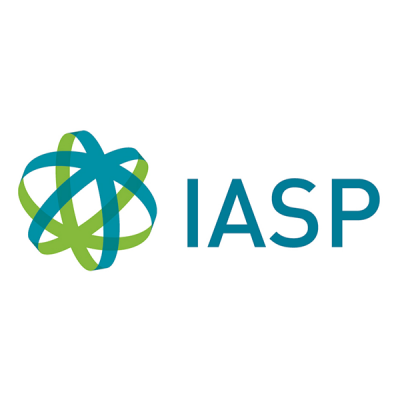 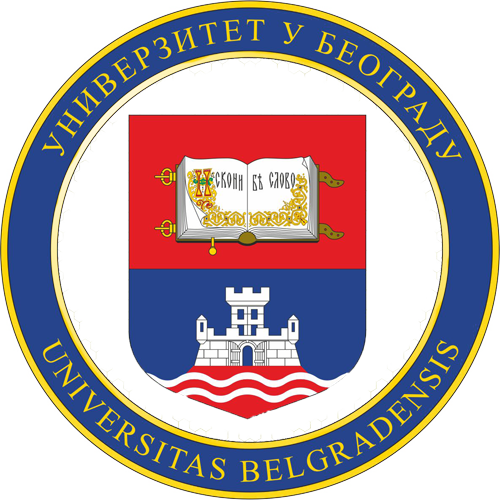 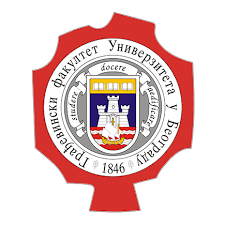 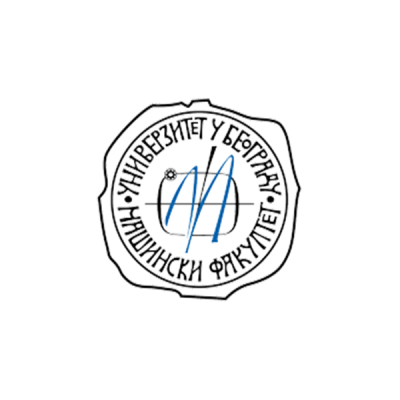 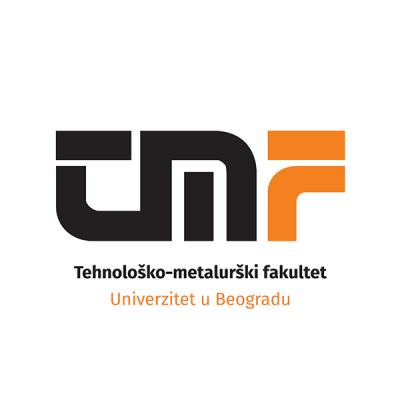 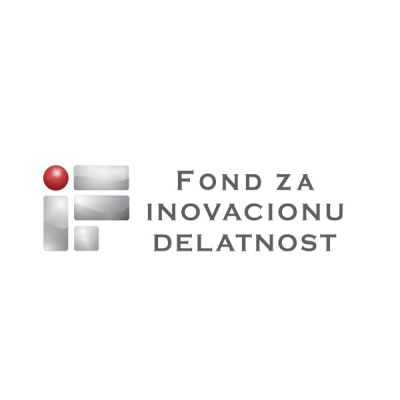 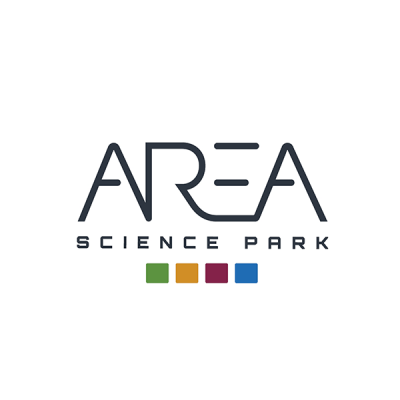 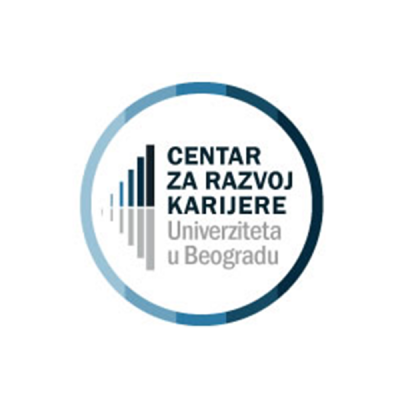 Some of success stories

The success of our member companies is our success!

We are proud of all the innovative products and services that have been developed within STP Belgrade. We present you some of those who bravely headed on, daring to make a difference and demonstrate that, with the right support, it is possible to achieve global success from your own country. 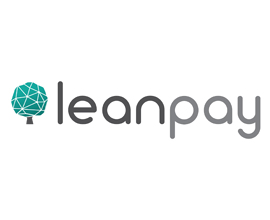 Leanpay is a VC-backed Fintech startup that helps consumers to pay for goods on instalments, eliminating the need to use a classic credit card or personal loans. Consumer financing is the hottest trend in Fintech with total investments of over 500m USD in the last 12 months, and Leanpay is aiming to be at the forefront of that trend in Europe. Currently, Leanpay operates in Slovenia, where works with over 200 shops, and they have managed to take 8% of market share in consumer financing. In 2021 they are planning to open 2 new markets! 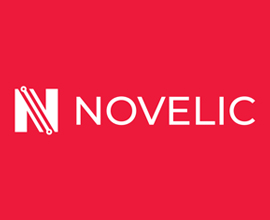 NOVELIC has been operating in STP Belgrade since 2016, with more than 100 employees today. The company is developing patented radar sensor technology for non-contact detection of vital human signs, human presence and movement, in and around the cars of the future, industrial plants and smart homes. It is one of the very few companies in Serbia that has been granted an international patent in the field of radar solutions. They also developed the first Serbian radar chip. They  are completely oriented to the world market, cooperating with some of the world’s most famous companies from the automotive, machine and electronic industries, with the largest number of clients in Europe and the USA. 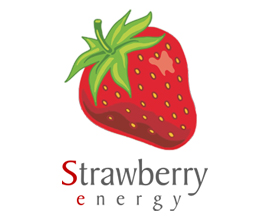 Strawberry Energy is a pioneer in the development of smart IoT devices and Smart City solutions that modernize urban and open spaces with the aim of improving the experience and quality of life, primarily using technologically advanced infrastructures such as smart benches (Smart Bench®). Strawberry has developed an entire portfolio of smart solutions, and its devices are installed in more than 30 cities and 17 countries around the world, including a network of 40 smart benches in London. Established as a student idea, with the support of Business Technology Incubator of Technical Faculties in Belgrade (BITF), company is becoming globally recognized leader in the Smart City area. 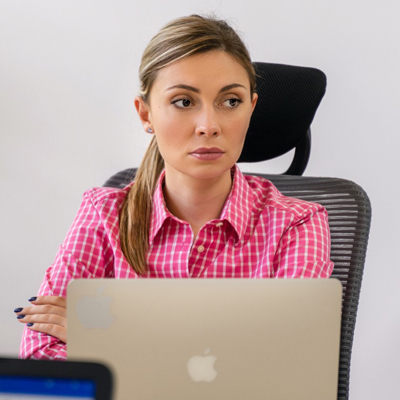 Science Technology Park Belgrade initiates creativity and creates an inexhaustible synergy of knowledge and inspiring people. The environment inspires us in increasing creativity and developing innovation on a daily basis. We use the community and premises for networking, education, and business training, and above all, for the development of innovative food products. About 30 new products are developed in our laboratory every year. Our guests, business partners and associates are impressed by STP Belgrade atmosphere and community, along with our application center and laboratory where is always something new to be tasted. 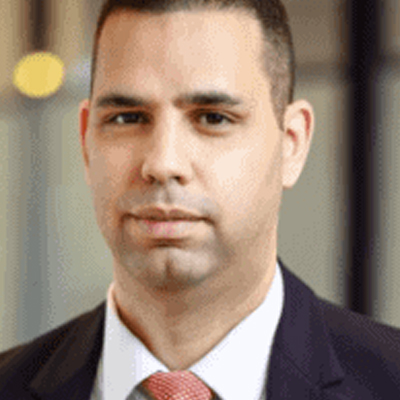 The motivation behind the STP visit, alongside with the amount of supporting bodies was extremely impressive. The Republic of Serbia wants to become a player in the global tech ecosystem and everyone involved felt and behaved like it is his own personal mission. It was very evident that Serbian entrepreneurs are not afraid to tackle tough problems, developing deep technologies and taking hard missions on their shoulders. Now the main goal should be – numbers. Numbers that will come only if the young generation seen in the Economics department and in STP, join the tech ecosystem, not only as an employee but as a founder. 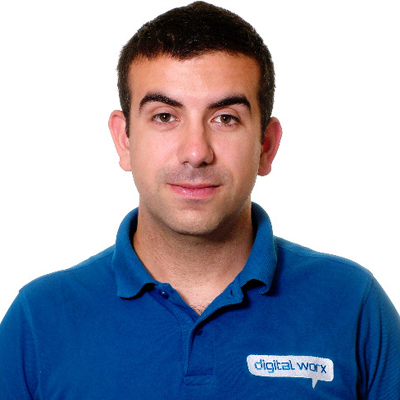 Science Technology Park Belgrade is an institution based on the principles of entrepreneurship and innovation, therefore every cooperation with STP is a very unique experience! STP Belgrade opens many doors to young companies through mentoring, consulting, and connections with significant contacts, providing at the same time support for presence at world-known fairs and conferences.