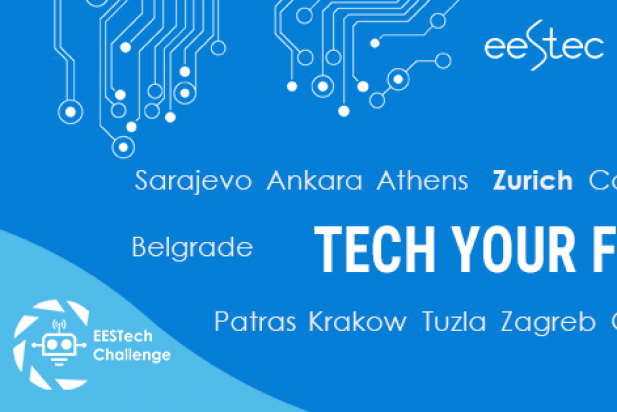 Association of Students of Electrical Engineering Europe “ISTEK” (EESTEC) is organizing an international competition EESTech Challenge in the field of machine learning-a.

The competition is divided into two phases. The first phase, which takes place at the local level, consists of lectures starting from March 27, followed by competition (hackathon) to be held on 8 and 9 April in Science and Technology Park in Belgrade, while the second phase refers to the finals which will be held in May in Zurich.

The aim of the competition is to improve students’ knowledge of IT direction in the field of machine learning. For participation is open to all interested students IT directions, especially those in the final year of undergraduate studies and postgraduate students.

EESTech Challenge is held at the local level in 11 European countries and 16 different cities. The teams, consisting of three competitors, will be the first stage of the fight for participation in the finals followed by the first-ranked three-member team through to the final round which will be held in Zurich, where he will have another chance to test their skills and win prizes.

Machine learning is one of the most innovative branches of computer science. Refers to a set of programming techniques aimed at creating software that can learn from past experiences and recognize patterns in existing data, based on which individual real complex programs that can perform predictions over a completely new data. Machine learning requires some knowledge of programming languages such as C, VHDL, Matlab, Java, C ++.

In addition the program, participants are offered online seminars as an educational tool that they can serve as preparation for the competition.