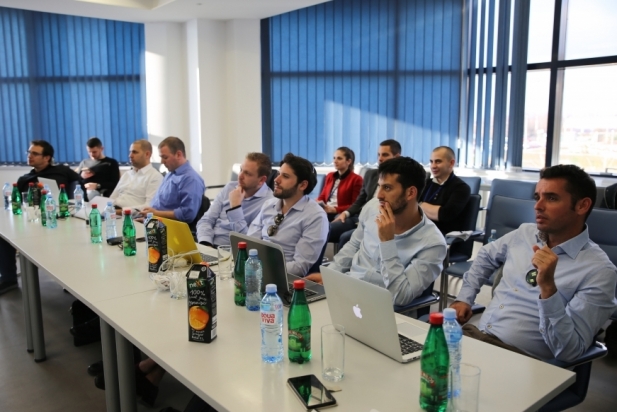 The visit of the Delegation from Israel to Science-Technology Park in Belgrade, within the event “CONNECT2ISRAEL NTP Belgrade 2017”, lasted for three days. The Serbian startup community had the opportunity to attend the panel “Are we ready for investment?” And participate in numerous workshops and B2B meetings.
All interested startups and technology development companies have received immensely valuable advice from the personal experience of our guests, as well as the ability to initiate some kind of cooperation on the projects they are currently working on. Guests from Israel said they were pleasantly surprised by the progress of the startup community in Serbia, as well as the capacity of the Science -Technology Park Belgrade. They made a parallel with Israel as one of the most successful startup ecosystems in the world, which launches over a thousand startup projects annually and concluded that the startup ecosystem in Serbia is developing rapidly, but that it takes time to reach the level of Israel. In this, of course, they see the support of the state as an important development factor, as well as the will of young people to start their projects in the country, after the studies.
At the end of the working visit, it was concluded that Science-Technology Park Belgrade has an extremely strong driving force aimed at developing startup projects and support technology development companies. The best proof for this is that in a relatively short period that NTP Belgrade exists, under its roof, 58 startups and technology development companies are growing and developing, with a constant tendency of growth.