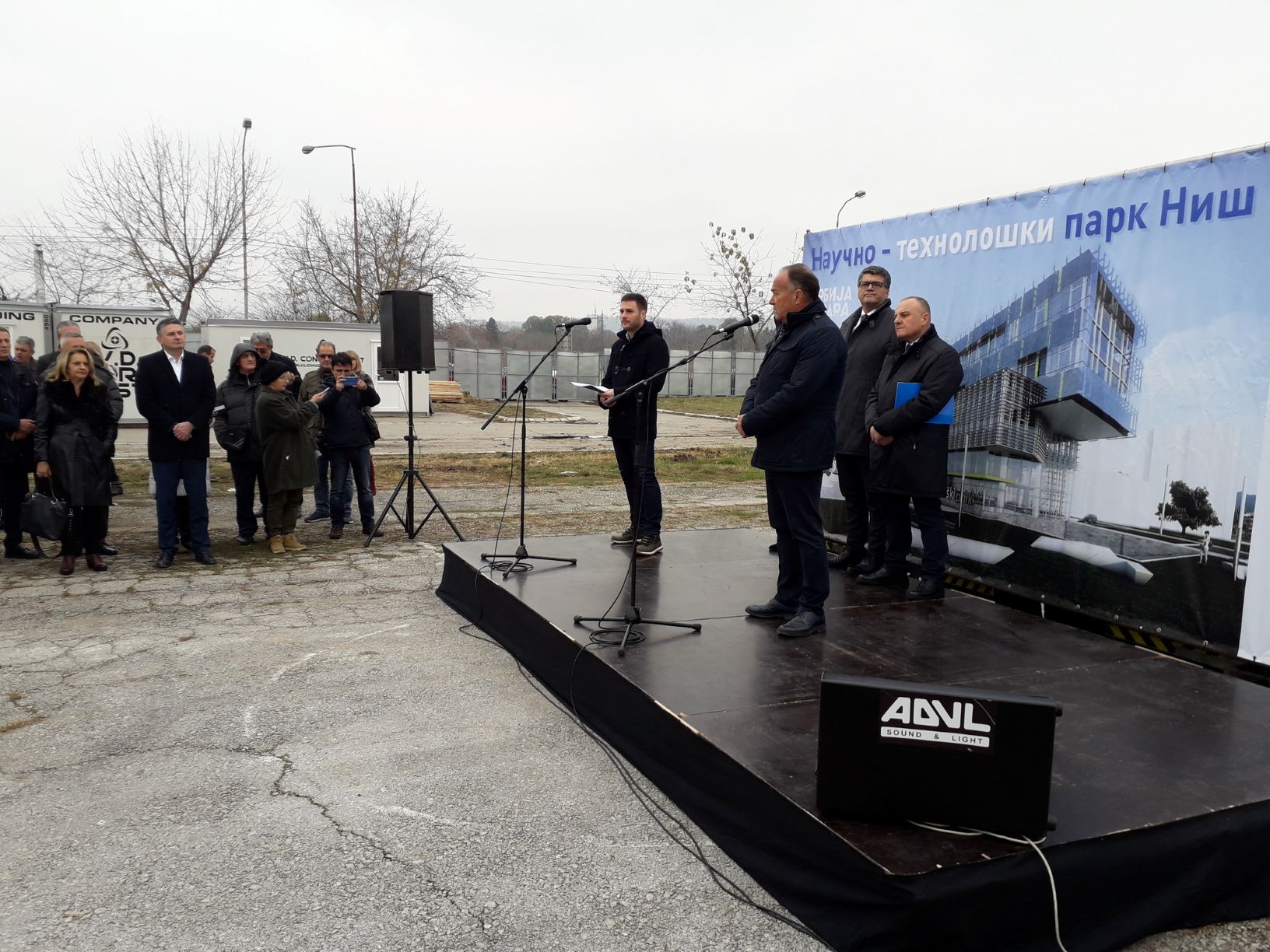 The foundation stone for for the Science Technology Park Niš laid down today. At the ceremony, Mladen Šarčević, minister of science and technology development, Dragan Antić, rector of the University of Niš, Dubravka Negre, director of the EIB Office for the Western Balkans, and Darko Bulatović, Mayor of Niš,  spoke about the importance of the park for Niš and the region.

Minister Šarčević emphasized the successful development of NTP Belgrade and noted that thanks to the experience and its results so far, the construction of science and technology parks are no longer just at the level of the plans, but the reality, as well as that together we can contribute to the significant development of NTP Niš.

The Science and Technology Park Niš should be completed by March 2020.