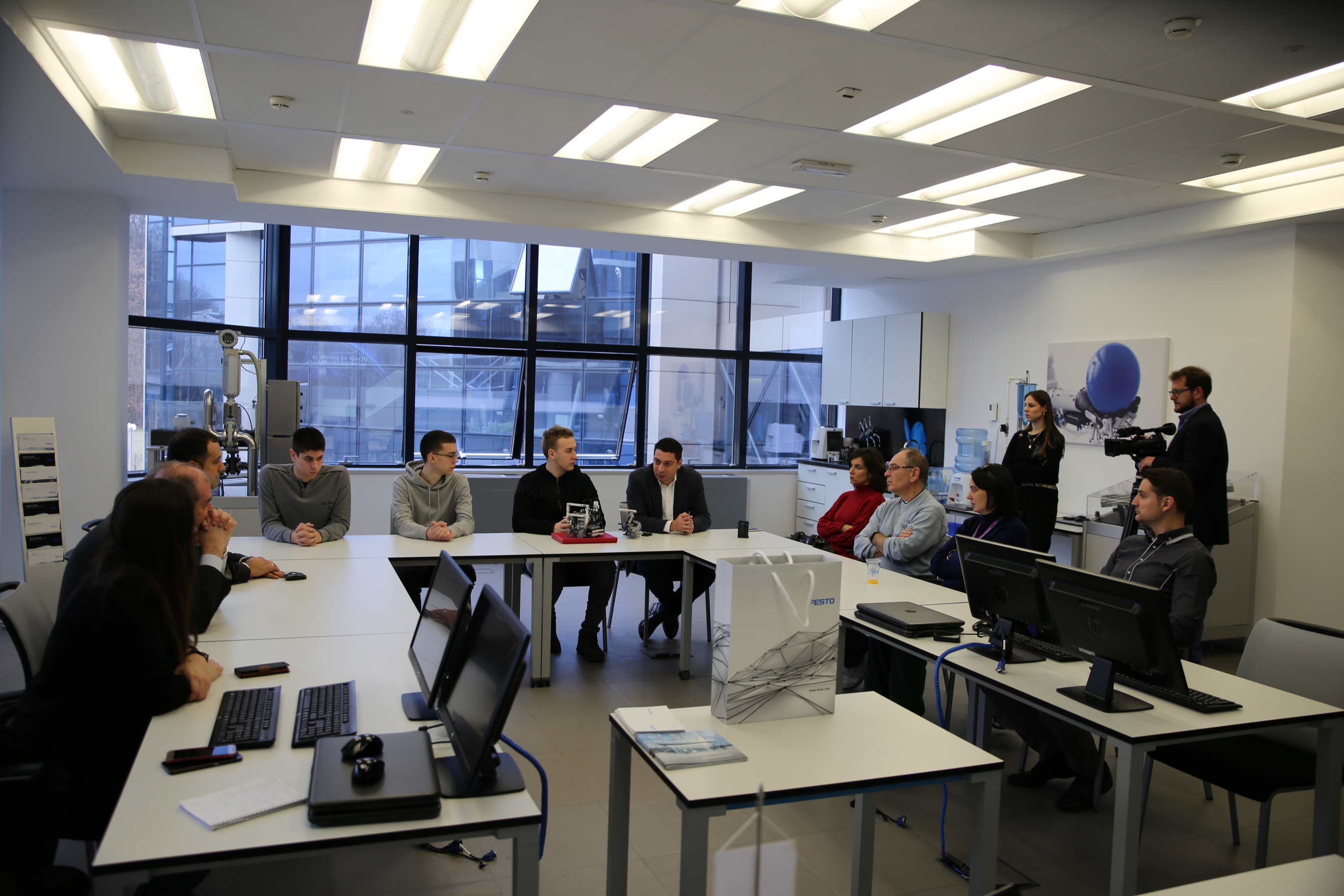 More than 150,000 participants from 50 countries of the world took part in the competition. Serbia had it’s representatives for the second time.

Petronijevic and Zekavica congratulated the students Nikola Starcevic, Mašan Vucinic and Mihailo Markovic, pointing out that such events are very important for the future of Serbian robotics.

Petronijevic announced that they will talk with vocational schools in the future in order to consider what tools are needed for them and how the City of Belgrade can help. One way he mentioned is to build and equip a training center that would primarily benefit students of technical schools .

Ivan Zekavica reminded what capacity and talent students in Serbia have, stressing that trained and educated people are the ones that provide progress, and that we all need to work together to keep them stay in the country. He called the students to aks them for any help they need in developing ideas, availability of equipment, and so on.

The event at STP Belgrade was also attended by the director of the Polytechnic high school – the new technology school, Dušan Milovanović, as well as the mentors of the students Jovan Miletić and Jelena Stojanović.