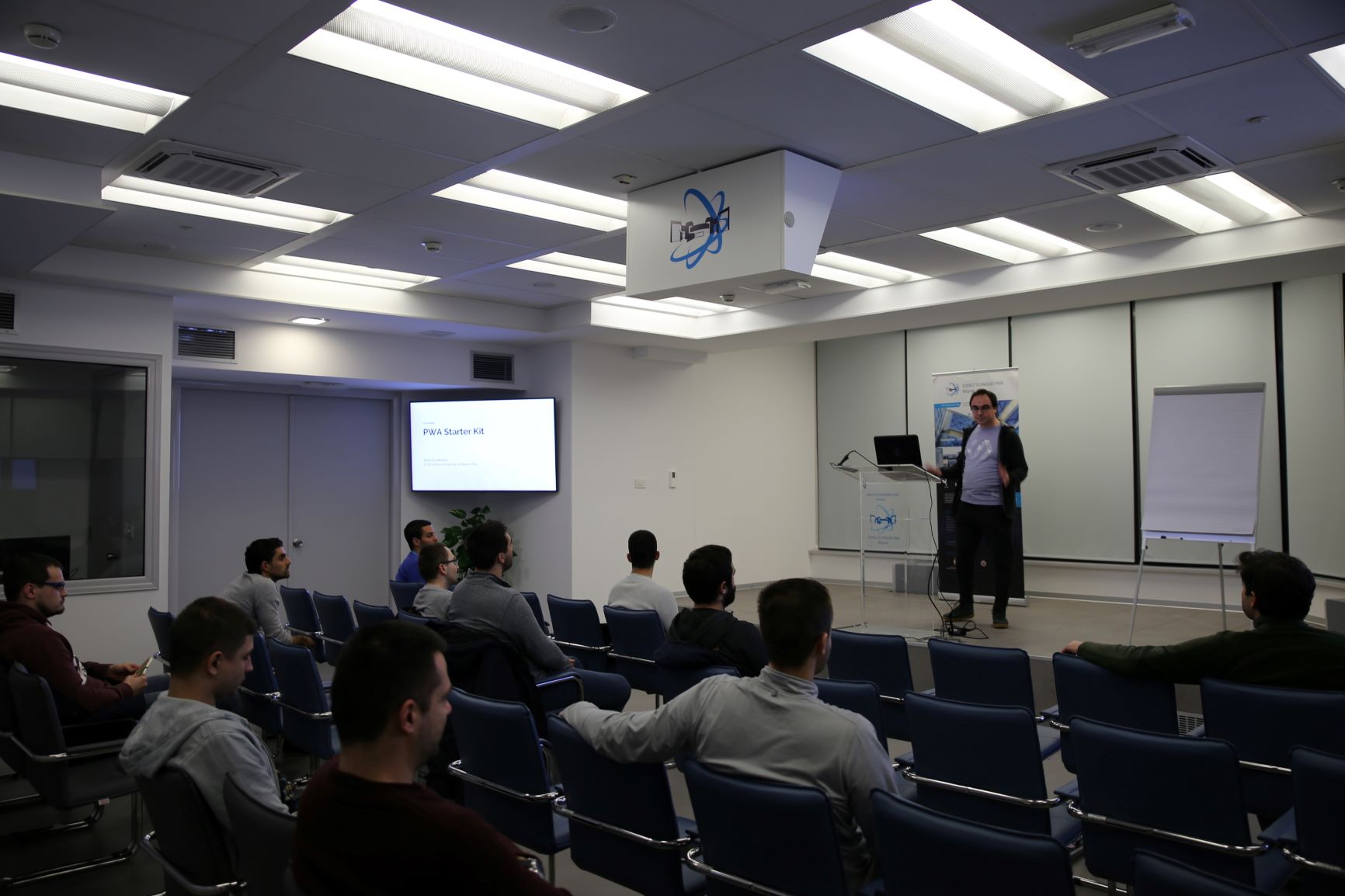 The PWA Starter Kit is a set of libraries, settings, and templates that allows developers to make web-based web applications without much effort. Participants were also shown a shorter demo how it works in practice, or how they can make a new page using web components.

The next meetup is scheduled for March 5th. The Service Worker, which is an important part of the PWA will be disscussed, as well as the possibilities that provides such as: placing PWA icons on desktop, push notifications, background sync etc ..

GDG Belgrade (Google Developer Group) has initiated a series of “PWA Workshop” in cooperation with the Science Technology Park Belgrade. The workshops will be organised on each first Tuesday of the month.