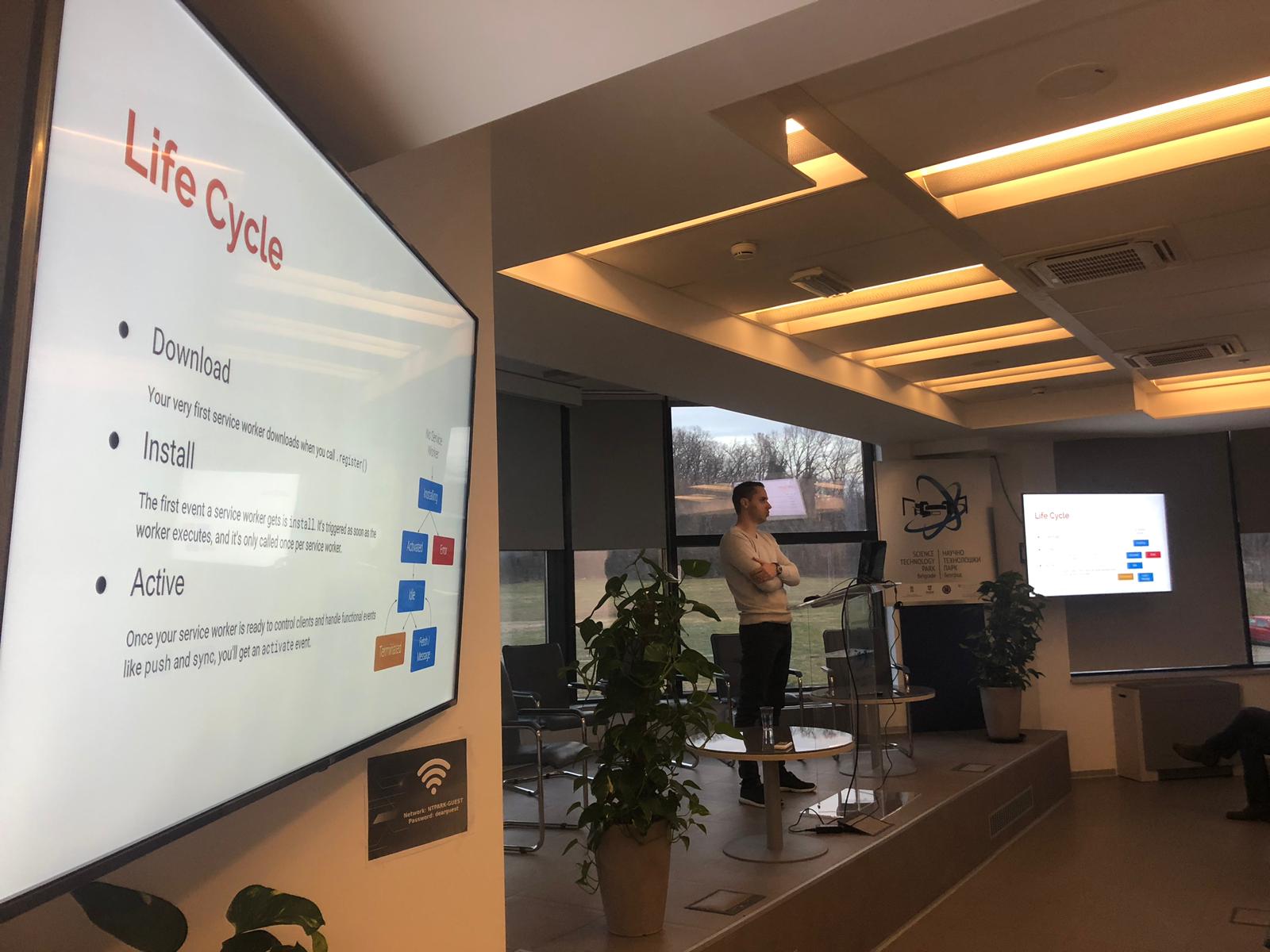 The participants was listening about the various possibilities that it provides such as: caching the whole and parts of the application, placing icons on the desktop, background sync, as well as techniques that allow one web application to behave like a “native” application, with a particular emphasis on Push notifications.

GDG Belgrade (Google Developer Group) has initiated a series of “PWA Workshop” in cooperation with the Science Technology Park Belgrade. The workshops will be organised on each first Tuesday of the month.

The next meetup is scheduled for April 2nd.