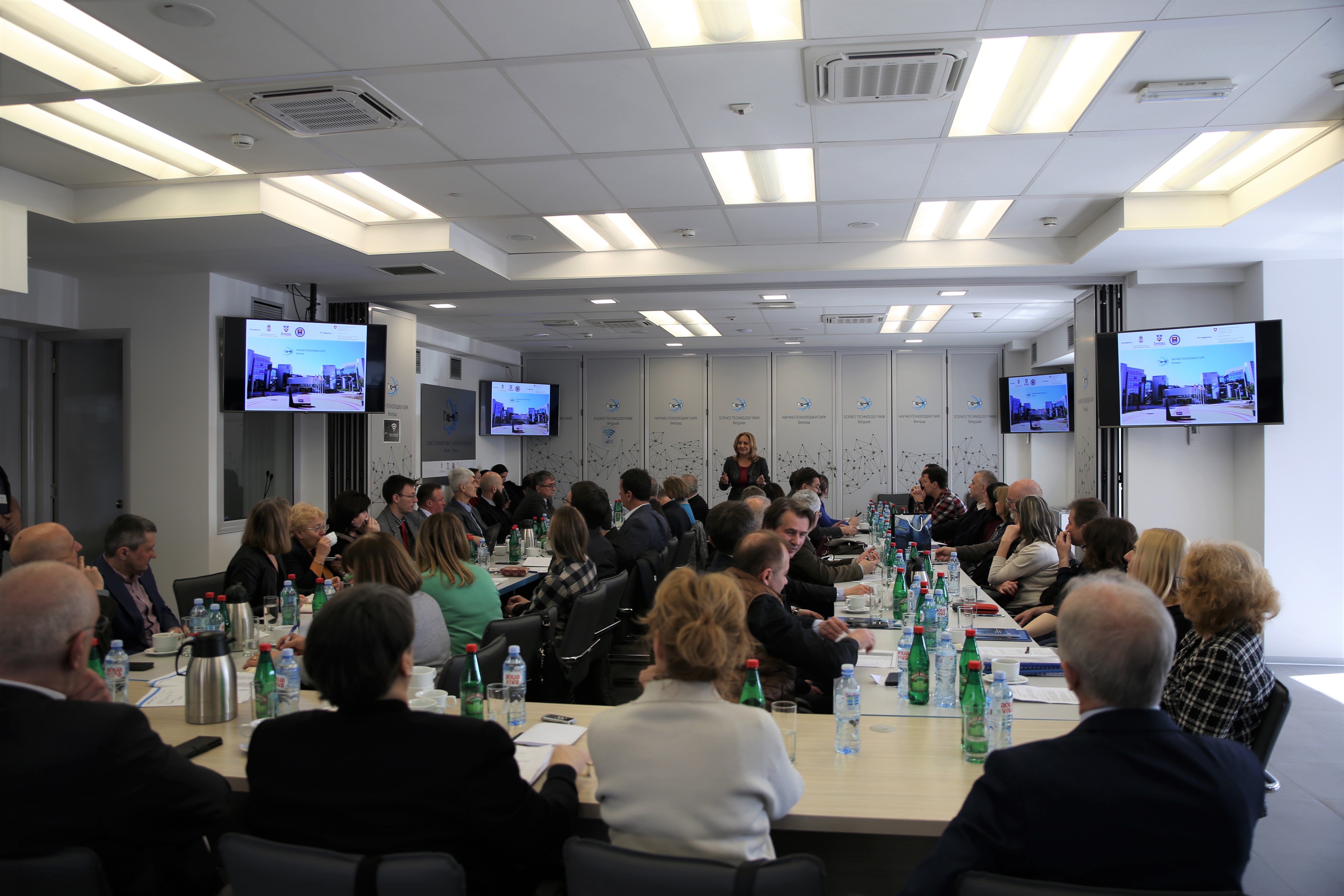 Science Technology Park Belgrade had the honor to host the sixth Session of the Senate University of Belgrade.

Before the beginning of the session, Gordana Danilović Grković, acting director of the Science Technology Park Belgrade, presented to the members of the Senate work and results of the STP, reminding that the Park has been established as a partnership between the Republic of Serbia Government (represented by the Ministry of Education, Science and Technological Development), the City of Belgrade and the University of Belgrade, based on international experiences and best practices, thus becoming a place where Institutions meet Science and Industry.

Danilović Grković emphasized the importance of such support instruments for the development and commercialization of innovations in society. Members of the Senate also had the opportunity to hear more about support programs provided to the companies, the cooperation that STP Belgrade has with other science technology parks and organizations that support innovation.

It was pointed that during the three years 71 companies have been developing at Science Technology Park Belgrade, 650 engineers have been engaged in work, and it is estimated that the companies earned 20 million euros in 2018. Together with the alumni company from the Business & Technology Incubator Belgrade a network with more than 100 companies and over 1.000 employees has been developed. Several successful companies and their innovative products that were created in STP Belgrade also, were presented.

We want to expand this kind of support instruments and to help establishment of technological parks in all university centers in Serbia – Novi Sad, Nis, Kragujevac, and Cacak, because with such centers and support to young people to be encouraged to innovate and enter into entrepreneurship, we can contribute together that our country looks a bit different in a few years – pointed out Danilovic Grkovic, stressing that innovation is a key element of the competitiveness and that by developing such support instruments and encouraging young people to start their businesses, brain drain can be replaced by the export of smart products and services.

The doors of the STP Belgrade are open to all faculties, she said, and together with Ivanka Popović, the rector of University of Belgrade, invited all the members of the University to work together in order to encourage as many young people as possible for entrepreneurship.