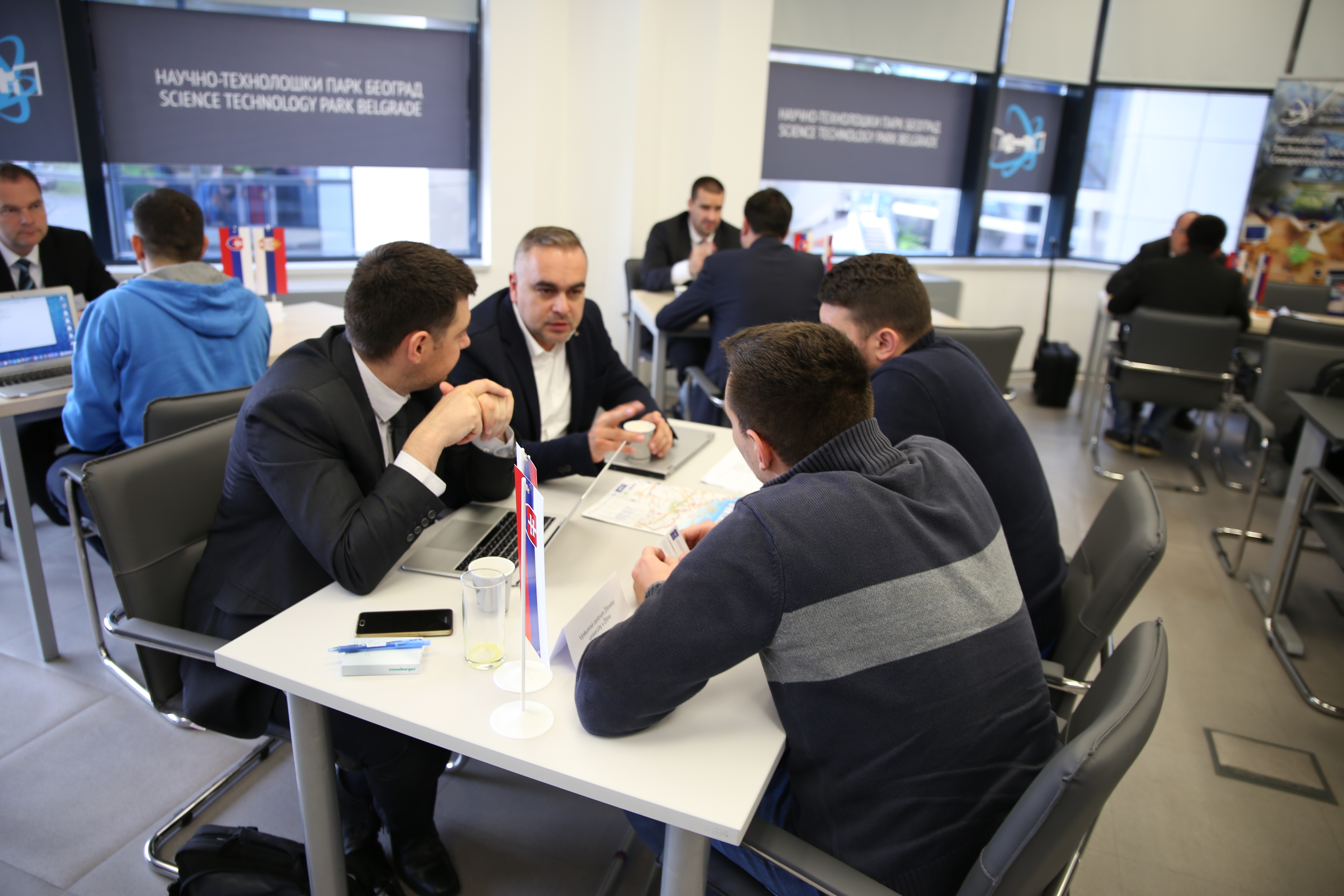 A Serbian-Slovak business forum was held today at Science Technology Park Belgrade. Forum brought together representatives of about 40 IT and innovative companies that held bilateral talks and discussed the possibility of cooperation and joint work.

The forum was opened by Prime Ministers of Serbia and Slovakia Ana Brnabić and Peter Pelegrini, saying that the two countries have the same vision to improve their competitiveness through the innovation and research.

In her address, the Prime Minister pointed out that the Scientific Technology Park Belgrade is one of its favorite places in Serbia.

– Whenever my ideas and motivations for this job disappear, I come here, and the employees in these companies motivate me to continue to work and change Serbia, to continue transforming our economy and society into a knowledge-based economy, innovation and creativity based on the economy – said the Prime Minister , stressing that as a country we can learn a lot from Slovakia which has quickly, efficiently and successfully completed its transition and has become such a powerful and competitive export country.

Slovak Prime Minister Peter Pelegrini pointed out that innovations and products created in newly established companies in Serbia and Slovakia can be seen in the world today.

The opening of the business forum was also attended by the President of the Serbian Chamber of Commerce, Marko Čadež and acting director of STP Belgrade, Gordana Danilović Grković.

Danilović-Grković emphasized the role of science and technology parks as important instruments of support for the development of technological entrepreneurship and the commercialization of innovations, reminding that STP Belgrade has been developing very quickly from its founding in 2015. Today, there are about 70 startups and high-tech companies operating within STP Belgrad, employing 700 engineers.

After the plenary session, at the initiative of the prime ministers, a short tour through the Tech Park was organised.

The Business Forum Serbia-Slovakia is organized by the Serbian Chamber of Commerce (SCC), the Slovak Agency for Investment and Trade Development and the Scientific Technology Park Belgrade.