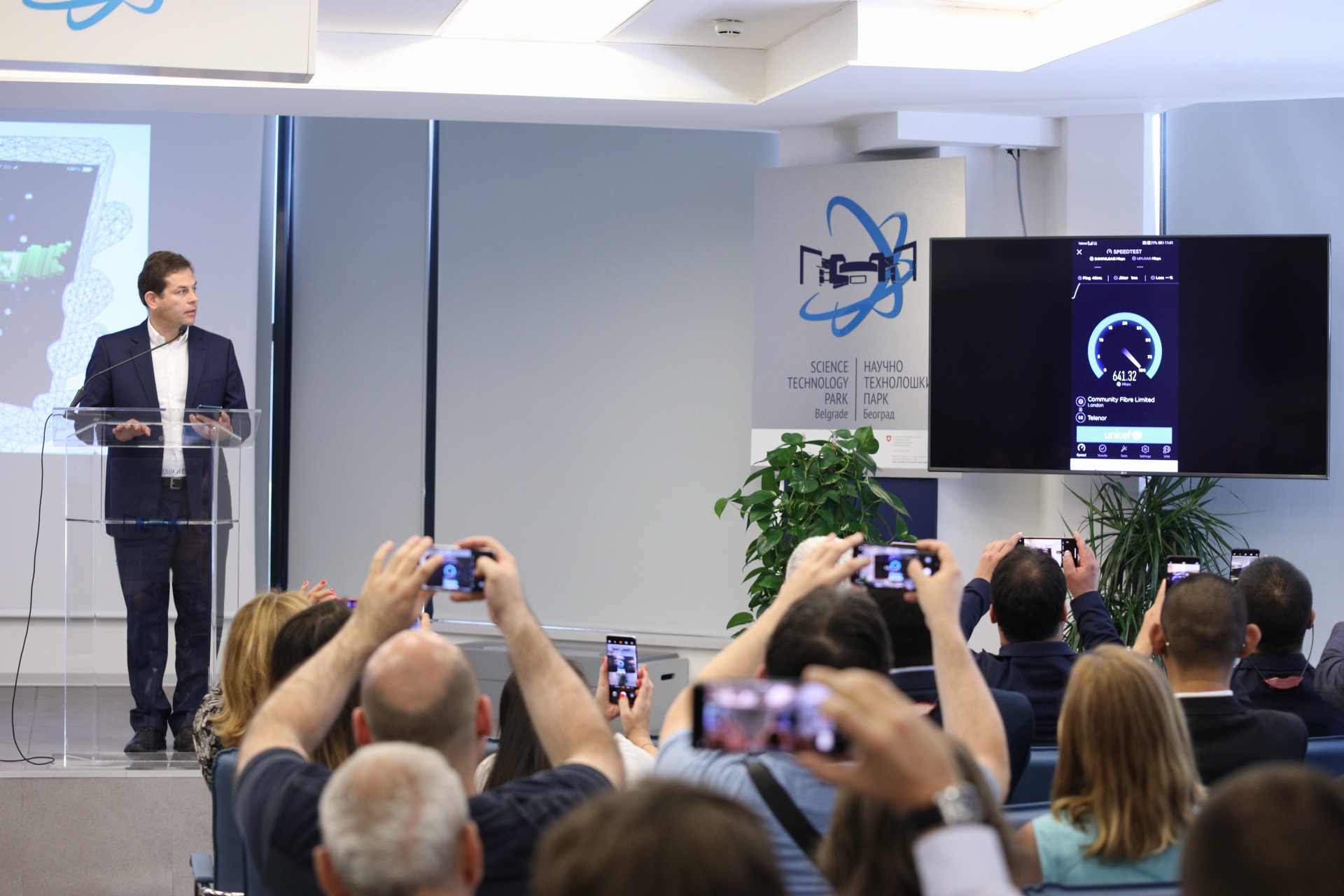 Company Telenor has launched first 5G base station in Serbia in Science Technology Park Belgrade, creating a 5G environment that from today can be used by domestic and foreign companies, startups and students of technical faculties to develop technological solutions for the future. The event was also attended by Rasim Ljajić, Minister of Tourism, Trade and Telecommunications of the Government of the Republic of Serbia, who said that the fact that Serbia has a 5G test environment is another step that places Serbia on the digital map of Europe and the world.

The fifth generation of mobile internet brings multiplying flow rates, greater coverage and capacities, and almost complete absence of data transmission latency. The speeds offered are 10 to 100 times higher than currently available, and it is expected that they will have the greatest application in the automation and control of manufacturing processes, medicine, utilities, the agricultural and automotive industries.

– We share the vision of Serbia as a leader in the region in the development of digital economy and innovation. 5G is a technology of the future and we want to be ready for the moment when it is in commercial use. We invite companies from the country and the region to take advantage of the fact that they have the 5G environment available and are already starting to develop their business solutions for the future – said Mike Michel, general manager of Telenor in Serbia.

Mihailo Jovanovic, director of the Office for IT and eGovernment, pointed out that, unlike all previous generations of mobile telephony, 5G generations bring much faster network response and much faster data transfer rates, which means that for many applications, such as virtual and expanded reality, for which we had to use fixed computers so far, we can use mobile devices on the go.

The 5G test environment will be used from September by the students of the Faculty of Electrical Engineering, University of Belgrade, who are the first partners of this project.

– Establishing the 5G environment in our country is an important step forward in a promising future. The front of the new technological generation that has reached us before we expected it and it has the potential to be a significant generator of the development of digital and related industries. As one of the first partners in this project, we provide full support and we will try to contribute to the creation of new solutions through engaging and experimenting with our researchers and students – said Dr. Milo Tomasevic, Dean of the Faculty of Electrical Engineering.

The companies from STP Belgrade – Novelic and DigitalWorx presented their solutions and they will work on the development of the 5G technology application on their products.

Telenor has received from the Regulatory Agency for Electronic Communications and Postal Service (RATEL) temporary usage of the spectrum from 2600 MHz and 3600 MHz frequency band, which can support the speed and functionality of the 5G network.