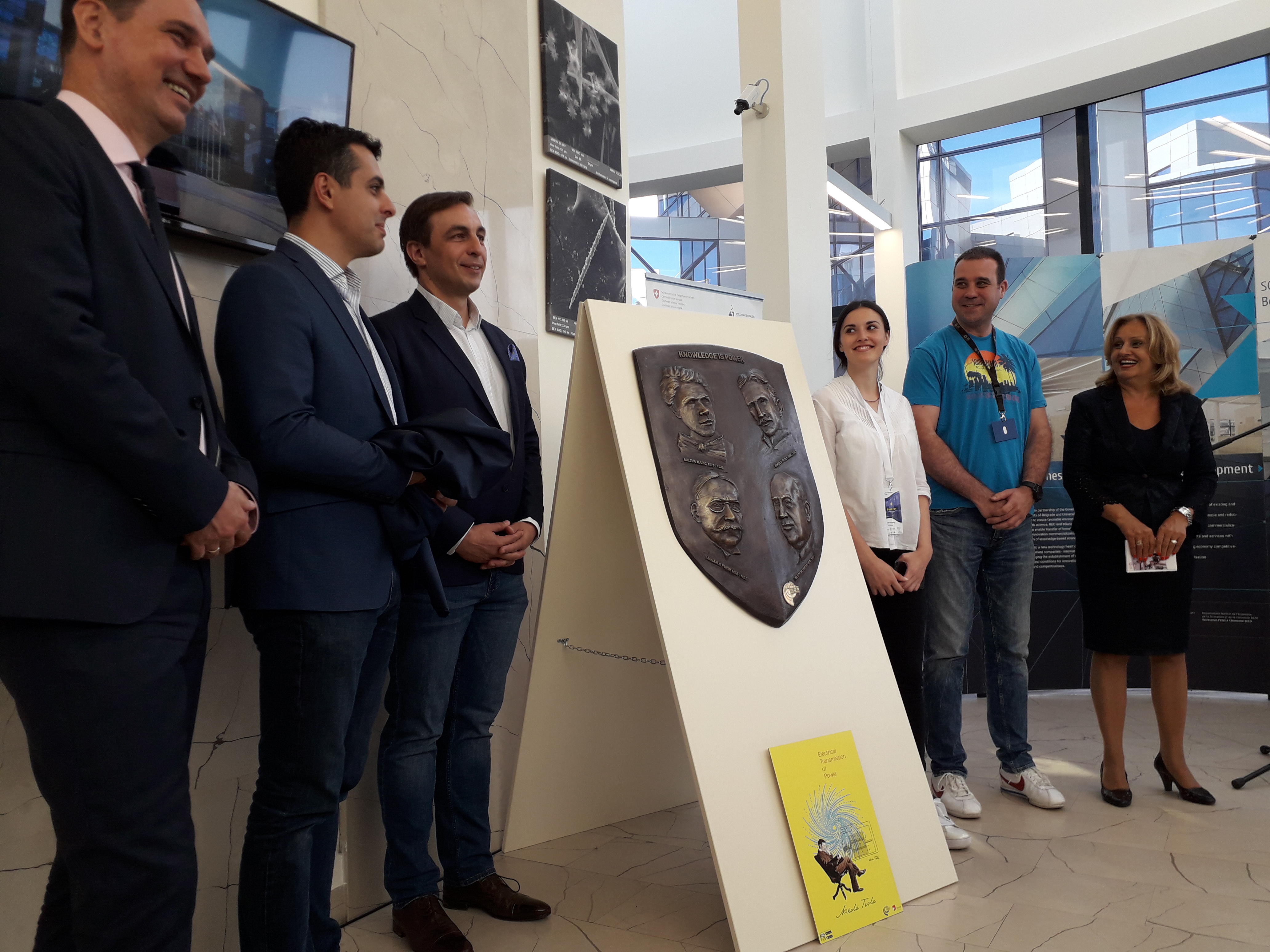 On the occasion of marking the Science Day and birthday of Serbian scientist Nikola Tesla, the statue of the greatest Serbian scientists characters “KNOWLEDGE IS POWER” was presented on July 10th at Science Technology Park Belgrade.

The statue with the characters of Mileva Marić, Nikola Tesla, Mihajlo Pupin i Milutin Milanković, is a gift from the Tesla Science Foundation, a non-profit organization based in Philadelphia.

The event in Science Technology Park Belgrade honored the scientist and symbolizes the support and encouragement of young people in Serbia to innovate and become a new Tesla.

Nikola Loncar, the founder and president of the Tesla Science Foundation, said in Skype Call from the USA that STP Belgrade is one of the three institutions in Serbia that received this statue. The statue was made in bronze and it is a work of academic sculptor Bojan Mikulić.

– Recognitions are important while we are alive, but this way today we want to honor the greatest Serbian scientists  and recognize the new Tesla, Pupin, Mileva Marić and Milanković, who certainly grow and live among us. The first statue was given to SANU, the second to Science Technology Park Belgrade, while the third goes to Matica Srpska in Novi Sad. As we decided in the Tesla Scientific Foundation, it will no longer be produced – said Loncar.

Gordana Danilović-Grković, acting director of STP Belgrade thanked Tesla Foundation for this gift, reminding that STP Belgrade is a place where innovation happens.

– Results of STP Belgrade, where currently more than 70 startups and technology development companies are developing their innovations and employ more than 700 engineers, show that we can create conditions for young, educated people to innovate and make their dream come true. The setting of this statue and cooperation with the Tesla Foundation will encourage further development of science and technological entrepreneurship in Serbia and it will strengthen the links that connect and motivate innovators around the world through the character and work of our greatest scientists.

State secretary at the Serbian Ministry of education, science and technological development , Vladimir Popovic, was also attended the event.

– Science is one of the best parts of our society – Popovic said.

He emphasized that it is important to cultivate tradition and that Serbia has reasons to be proud of her science. He also noted that there are not many institutions in Southeastern Europe such as Science Technology Park Belgrade, and that the Serbian Government will ensure that the development of the Park is continued through the construction of the second phase.

The event at STP Belgrade gathered representatives of the science community, startups and innovators, as well as about 60 students from the startup students camp ParkUP! at STP Belgrade.