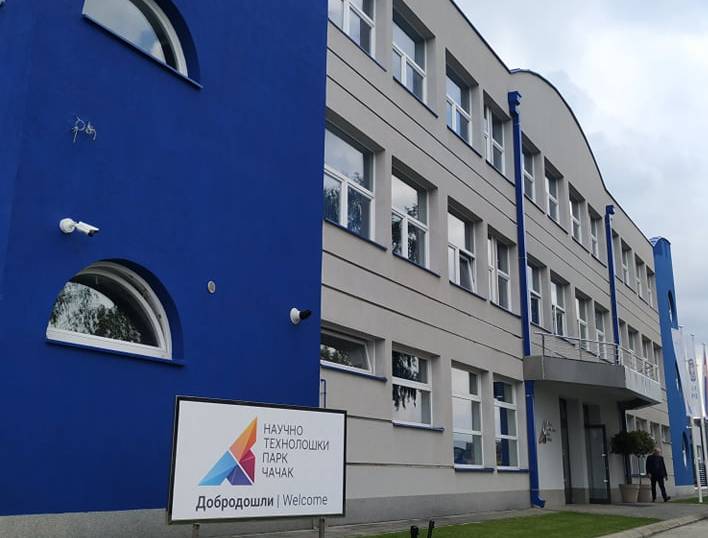 During the opening ceremony an Agreement on the implementation of the project “Technopark Serbia 2 – Boosting export through techno parks” was signed, too. Through this project, The Swiss Confederation will donate 3.5 million EUR over the next four years to support further development of innovations and creation of the network of science and technology parks in Serbia. In total, through the Project, in the regions of Niš and Čačak, for the development of science technology parks in them, will be invested about 930,000 EUR (about 560,000 EUR in the region of Niš and more than 370,000 EUR in region of Čačak).The contract was signed by Mirko Pešić, acting director of STP Čačak and Gordana Danilović Grković, acting director of Science Technology Park Belgrade, that will coordinate the project in the next four years.

The President of the Republic of Serbia, Aleksandar Vučić, who attended the opening ceremony, pointed out in his speech that Serbia will continue to invest in education, emphasizing special gratitude to the Swiss Government for its support in further capacity building and establishment a network of science and technology parks in Serbia. The opening ceremony was also attended by the Prime Minister of the Republic of Serbia, Ana Brnabić, Minister of Education, Science and Technological Development, Mladen Šarčević, Minister without Portfolio in charge of Technological Development, Nenad Popović and Mayor of Čačak, Milun Todorović.

In order to create conditions for accelerated development of the Science Technology Park Čačak, capable of supporting the establishment and rapid development of innovative, export-oriented companies, the model, knowledge and experience of Science Technology Park Belgrade will be transferred for building regional capacities and strengthening innovation potentials. Within the approved project funds, 1.15 non-refundable mil EUR is dedicated for innovative startup teams in the early stages of development, which will result with establishment and development of 100 new startup companies in Belgrade, Niš and Čačak.

The project “Technopark Serbia 2 – Boosting export through techno parks” was supported by the Government of the Swiss Confederation at the initiative of the Government of the Republic of Serbia, based on well-achieved results in the previous phase, in establishing and developing of STP Belgrade as the first functional science technology park in Serbia. Hereby, The Swiss Government invests a total of EUR 4,520,000 (EUR 1,070,000 for Phase I and EUR 3,450,000 for Phase II) in the development of technology parks in Serbia.