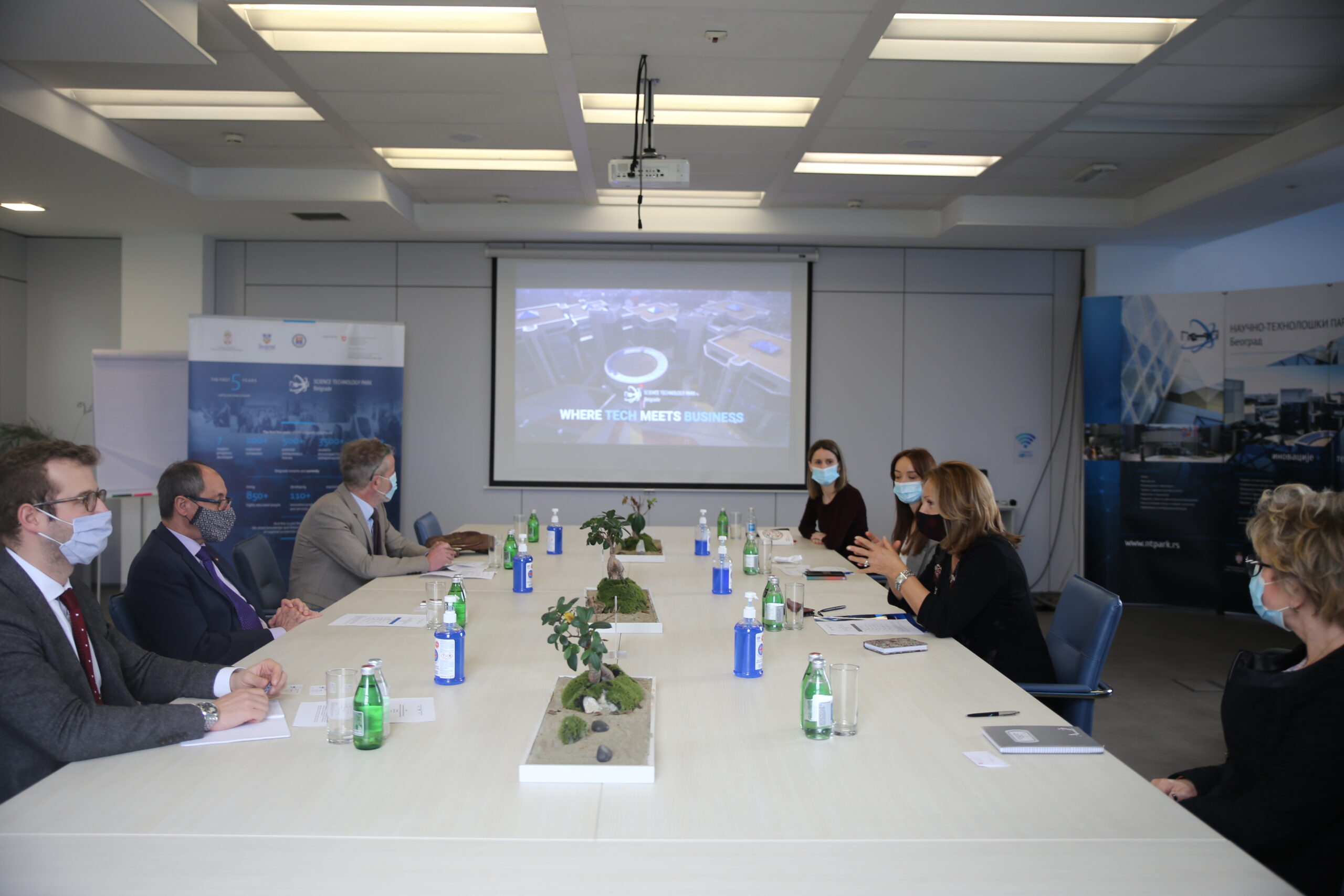 Ambassador of Switzerland to Serbia, H.E. Urs Schmid, along with Mr. Richard Kohli, Director of the Swiss Cooperation Office in Serbia, and Lukas Lanzrein, Attaché at the Swiss Embassy in Serbia, visited the Science Technology Park  Belgrade today.

The quests were introduced to the development path, programs, activities, and results of STP Belgrade, which has supported more than 100 companies in the development and commercialization of innovative products and services, since its establishment in 2015. Gordana Danilovic Grkovic, acting director of STP Beograde especially emphasized that Switzerland has significantly contributed to this success, and that continues to support STP Belgrade in order to strengthen innovation and technology in Serbia through the project “Technopark Serbia 2- Boosting exports through technoparks” (worth 3,9 mil EUR).

The project started at the end of 2019, and its build on the previous one, also funded by the Swiss Government, supporting the establishment and development of the first functional science technology park in Serbia – Science Technology Park Belgrade. In order to further stimulate growth, a special pre-seed financial support has been established within Project – named Raising Starts program, which will result in the establishment and development of 100 new start-up companies in Belgrade, Nis, and Čačak.

The project envisages the transfer of model, knowledge, and experience of Science Technology Park Belgrade (STP Belgrade) in Nis and Cacak, with the aim to help the development of science technology parks in these cities and to support the development of innovations in their regions.

During the visit, the Swiss delegation also met some of the STP Belgrade member companies: B2Bee, Desing Taste Center, NovelIC, Easy aerial, Anora, Educated. Entrepreneurs presented their work, innovations, and what kind of support means to them the most.