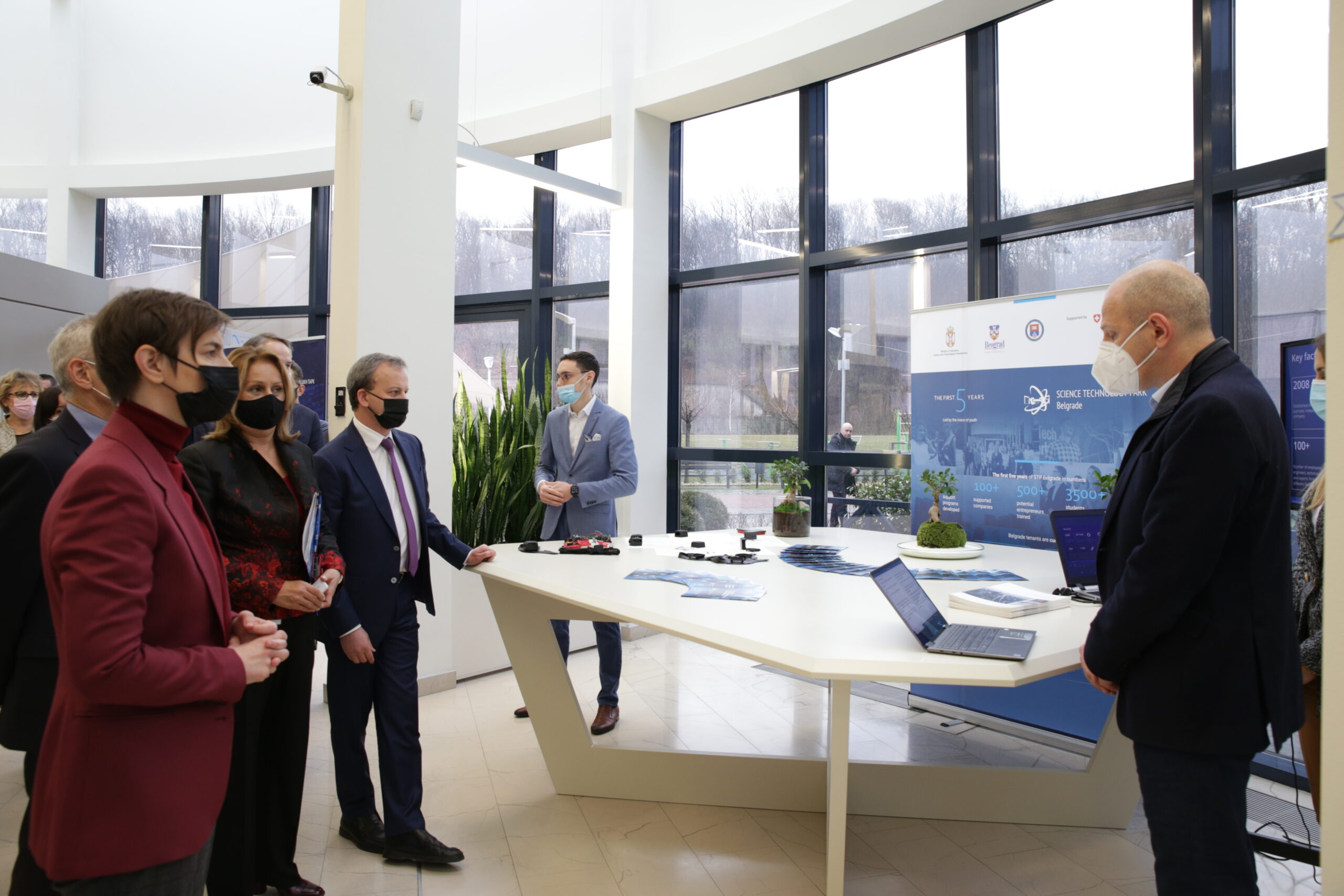 Delegation of the Science Technology Park Skolokovo from Moscow, led by the President of the Skolkovo Foundation Arkady Dvorkovich, visited Science Technology Park Belgrade today, where they also met with the Prime Minister of the Republic of Serbia Ana Brnabic, the Russian Ambassador in Belgrade H.E. Alexander Botsan-Kharchenkom, acting director of STP Belgrade, Gordana Danilović Grković and members of the Prime Minister’s Office.

The Russian delegation was introduced to the development path of the first science technology park in Serbia and got acquainted with the work of some of the STP Belgrade member companies.

Companies from Skolkovo and STP Belgrade presented their innovative products and services to high officials of both countries, and B2B meetings were organized. These meetings brought together representatives of innovative companies that held bilateral talks and discussed the possibilities of cooperation and joint work.

President of the Skolkovo Foundation Arkady Dvorkovich said that the Russian market is wide open for Serbian startups, as well as cooperation with the Serbian IT sector. Brnabic pointed out that this was a great opportunity to connect startups and that we can expect cooperation and mutual benefit for companies and science technology parks of both countries.

The Prime Minister reminded that cooperation with Skolkovo began in 2015, while in January 2019 a cooperation agreement was signed. She also stated that this delegation accepted to be involved in the further development of the start-up strategy on the ecosystem.