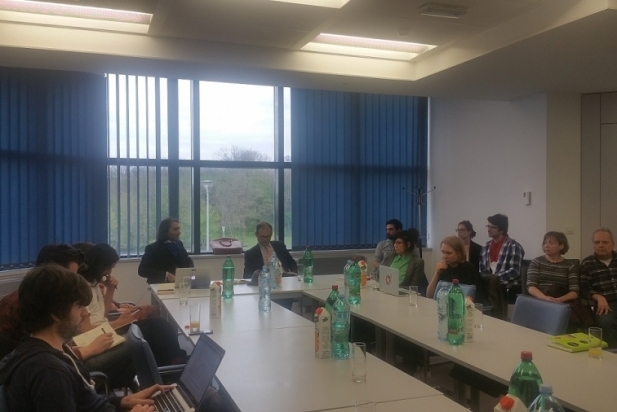 As part of his regional tour, during his stay in Serbia, Mr. Villani will hold 3 conferences in Novi Sad, Belgrade and Nis.

During his visit to STP, Mr. Villani had the opportunity to meet representatives of STP members and representatives of the STP team. On this occasion, we presented the results and plans for future development, as well as specific services / products of our member companies.

C.Villani his doctorate in 1998 at these Boltzmann equation. He was a guest professor at universities in Atlanta, Berkeley and Princeton. For his work he has received numerous awards, among other things, and Fields Medal, in 2010. He is engaged as a representative of the French mathematical community in communicating with the media and politicians to highlight the crucial role of mathematics and education in today’s society.

Renowned mathematician, Cedric Villani is also the director of the Institute Henry of the University Pierre and Marie Curie in Paris, holder of the medal of the Legion of Honor, and the author of many works dedicated to the popularization of science, such as Live theorem (2012) which was translated into Serbian.