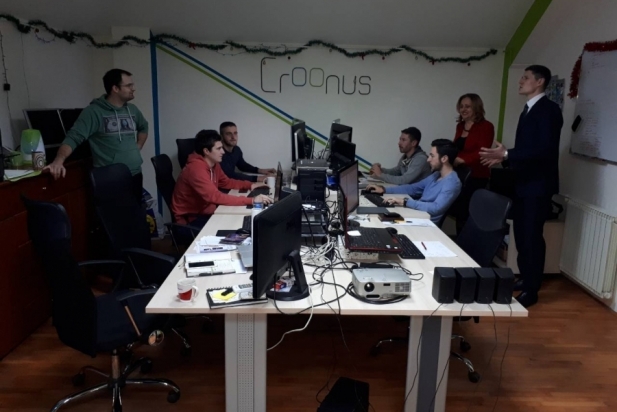 Delegation of STP Belgrade, led by Acting Director Gordana Danilović Grković visited STP Čačak, in order to consider the possibilities for accelerated development of STP Čačak, which in five years of work supported the development of 20 startup companies. After a series of meetings and tours, the talks were also conducted with the mayor of Čačak, Milun Todorović and his team. On that occasion, Acting Director of STP Belgrade, Gordana Danilović Grković, emphasized that the science-technology parks by definition are development instruments, that they should be designed and developed as such. They serve to increase the wealth of the community and that we all have to bear in mind that in this area we can do a lot, that as a country we have great potential in young educated people, and that each region should focus on retaining talents and thus developing support programs.
Perhaps the best evidence of our potential and opportunities for growth and development, on the one hand, is the Business-Technology Incubator of the Technical Faculties of the University of Belgrade. It was created in 2008 and completely independently, in limited conditions, in the attic of the campus of technical faculties, managed to support the establishment and development of more than 40 small startup companies in the first six years. The model developed by the developed country was used as the key nucleus of the Science-Technology Park Belgrade. On the other hand, today, after two years of work, the STP has 60 high-tech companies that employ almost 500 engineers and in 2016 they made about 10 million euros of which 60% comes from exports.
Čačak has great potential and a highly developed entrepreneurial spirit that distinguishes it among the regions in Serbia. With the commitment of the assembly and management of the STP as well as the management of the city, using the experience of STP Belgrade, during this year, significant progress can be made in the development of STP Čačak.