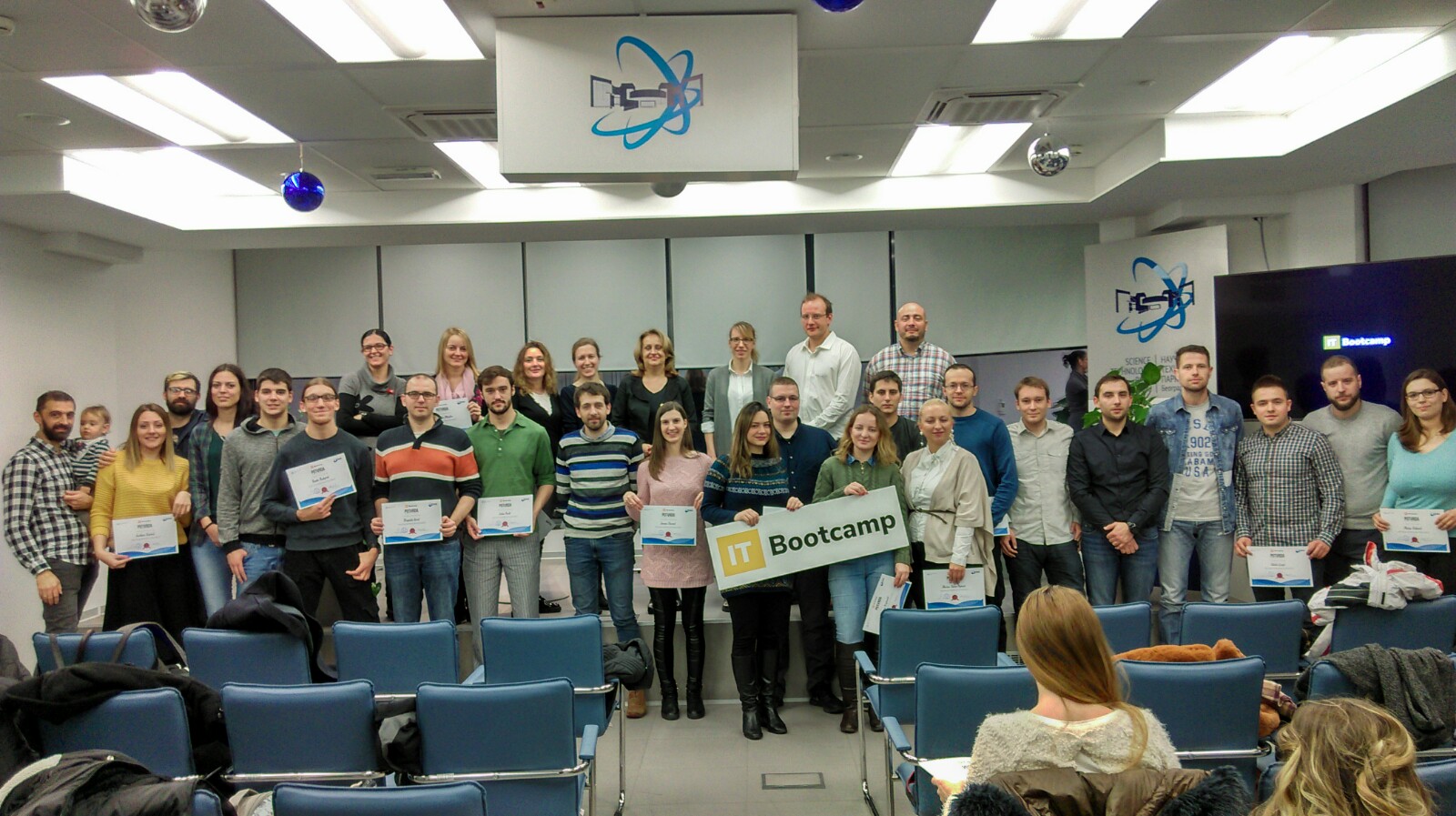 In Science Technology Park Belgrade the second generation of IT Bootcamp students has received diplomas. During the 10 weeks they attended intensive training based on the two courses – Web site development and Software testing (QA). Within the 48 students from the second generation, 39 of them successfully completed the program and received a degree.

The training’s were intended for providing access to basic IT knowledge for students of other disciplines, high school graduates and the unemployed with the aim to interest them for work in the IT industry.

Gordana Danilović Grković, acting director of STP Belgrade, Nemanja Petrović, one of the creators of the school, Maja Vranić from Ana&Vlade Divac Foundation, Barbara Petrović, IT boot camp manager, Peđa Predin, a friend of the IT Bootcamp, as well as Anja Arsić and Ana Kotevski from Gi Group, attended the award ceremony.

Goradana Danilović Grkovic welcomed the participants and congratulated them on successfully completed training, saying that it is invaluable for young people to believe in themselves. All the participants of the event emphasized the importance and excitement of the IT industry that is entering all sectors of the economy, while some of the trainees who have already found employment shared their experiences. They pointed out that the training’s were extremely useful and that they had opportunity to learn a lot.