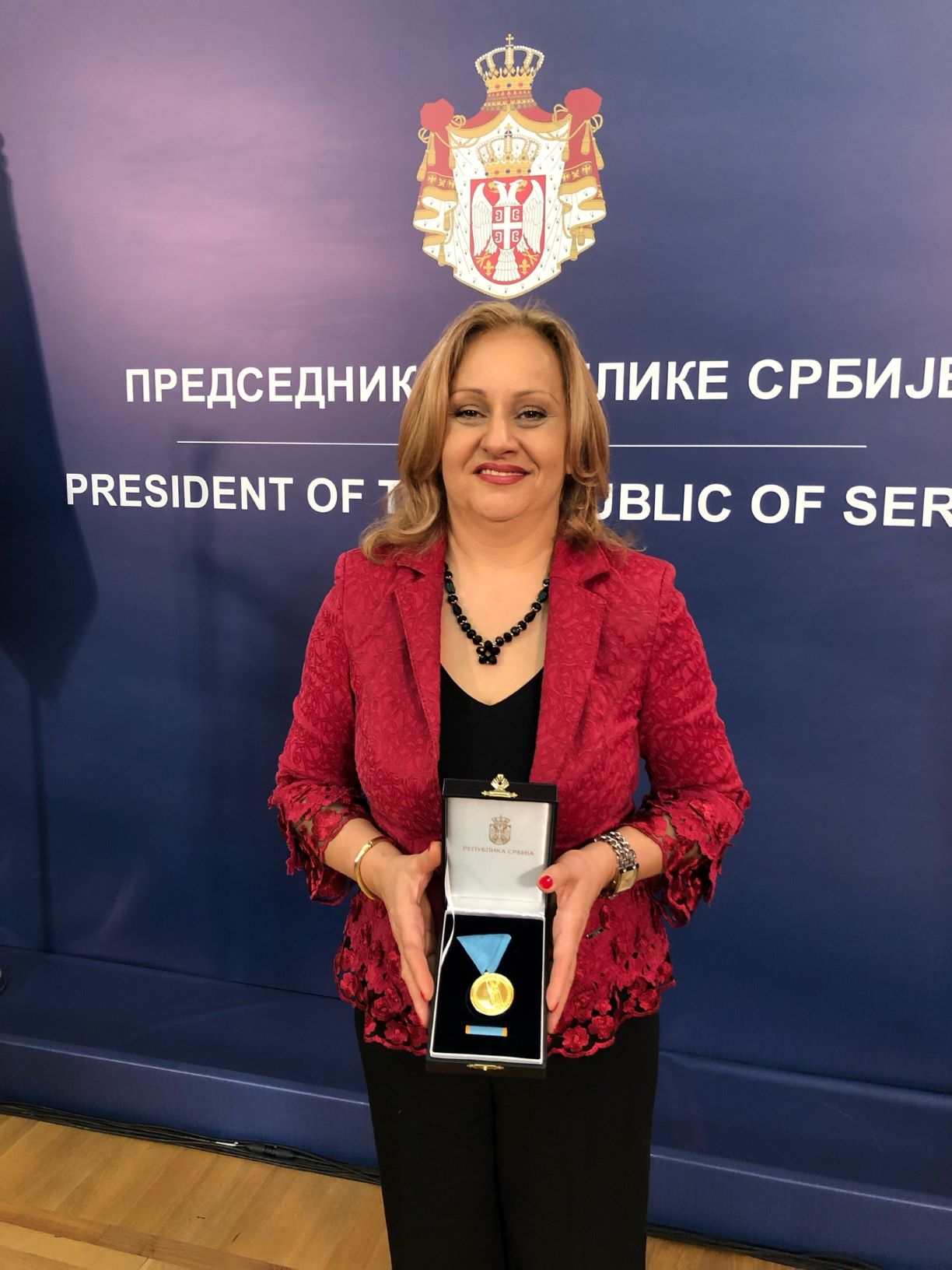 For a special contribution and long-term commitment to the development of innovation and entrepreneurship in Serbia, acting director of Science Technology Park Belgrade, Gordana Danilović Grković, was awarded with a gold medal of Sretenjski orden, that the President of Serbia, Aleksandar Vučić, handed to the distinguished individuals and institutions on the occasion of the Statehood Day on February 15th.

Gordana Danilović-Grković performs the function of acting director of Science Technology Park Belgrade since its establishment in 2015. STP Belgrade has been established in the partnership of the Government of the Republic of Serbia (on the behalf of Government: Ministry of Education, Science and Technology Development), City of Belgrade and University of Belgrade, supported by the Swiss Government, with the aim to boost national innovation ecosystem. Currently, there are more than 70 start-ups & growing tech companies operating under the STP Belgrade roof, employing more than 650 highly educated engineers, and it is estimated that the companies earned 20 million euros in 2018.