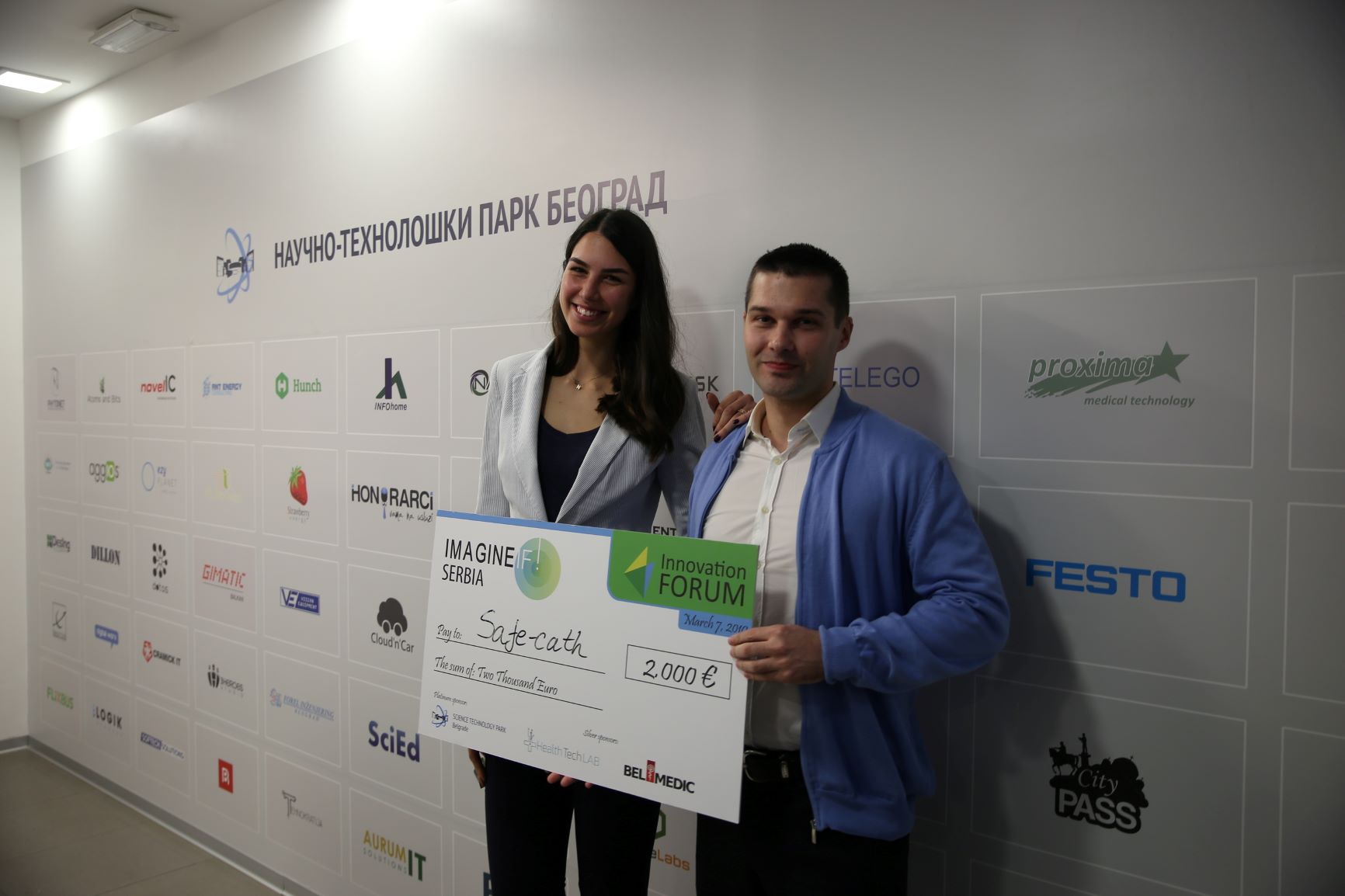 Safe-Cath is the winner of the first ImagineIF! competition for health-tech startups in Serbia that Innovation Forum Cambridge organised in cooperation with Science Technology Park Belgrade (platinum partner) and Health Tech Lab (silver partner). The local winner won EUR 2,000 of funding, and has the opportunity to participate in the global IMAGINE IF competition in Cambridge. They will also have the opportunity to use laboratory space in one of the global capitals of Imagine IF! competitions, including Belgrade, for six months.

Safe-Cath invented the eversible catheter which is a new technical solution that prevents the transfer of bacteria into sterile parts of the urinary tract.

The opening ceremony of the final event at STP Belgrade was attended by UK Ambassador in Serbia, H.E. Mr. Denis Keefe, who said that the organization of this competition sends a message that Serbia has great potential in innovation. He also emphasized the importance of cooperation of local startups with the British market. Guest also welcomed by Assistant Minister – Ministry of Education, Science and Technological Development, Government of the Republic of Serbia, Sasa Lazovic. He pointed out that the Serbian Government is working on several programs to support young innovators and that startups, such as today’s finalists and all those who operate in STP Belgrade, are an example that we can create a competitive and productive environment for the further development of innovation.

Gordana Danilović Grković, acting director of Science Technology Park Belgrade congratulated all finalists on great ideas, stressing that innovations in healthcare are very important, and that the role of the startups is to make them happen.

Jason Mellad, CEO and Co-Founder at Start Codon Cambridge, Miodrag Stojkovic, world-renowned scientist and founder of the special hospital for the treatment of sterility “Spebo” and Gordana Matic, from the Institute for Biological Research “Sinisa Stankovic” Belgrade, held the lectures during event, giving support to finalists.

IMAGINE IF! is being held for the seventh consecutive year, but for the first time in Serbia. Eight team that passed the mentoring program with more than 40 local mentors in the past month, presented today their idea. The decision of the best one was made by the jury: Dr Ksenija Purkovic (AstraZeneca), Dr Jason Mellad (entrepreneur, CEO and co-founder of Start Codon), Dr Ivana Petrovic (BelMedic) and Dr sc Mirjana Brankovic-Magic (Institute for Oncology and Radiology).

Global ImagineIF! competition will be held on June 27 at the University of Cambridge.